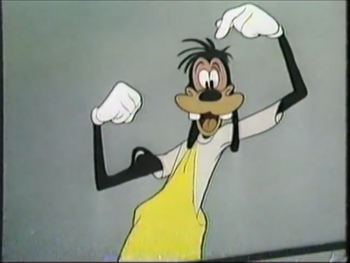 Goofy arrives home exhausted, barely able to crawl to his chair. After reading a magazine ad for a bodybuilding course, he orders a home gym kit, complete with a recording of a fitness instructor, and proceeds to get in shape. This being Goofy, however, things soon descend into chaos.

Notably, this short was featured on Who Framed Roger Rabbit as the cartoon playing on the theater where Roger and Eddie Valiant are hiding out (despite the fact that it premiered two years after the film's 1947 setting).