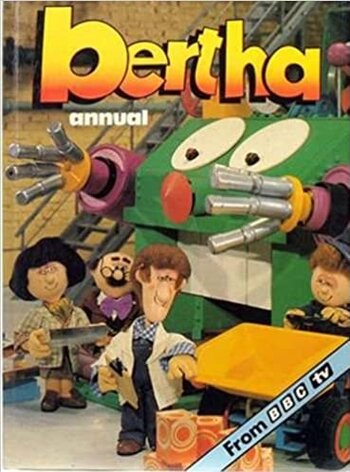 Bertha is a British stop-motion animated children's television series about a factory machine of that name, comprising 13 episodes that aired from 1985 to 1986. It was animated by Woodland Animations of Postman Pat fame.

The series is set in an industrial estate occupied by the Spottiswood & Company factory, a small manufacturing plant producing a wide range of goods ranging from cuckoo clocks to windmill money boxes. Each episode focuses on a machine called Bertha that can produce any item requested of her. In each episode the factory experiences a crisis affecting its daily production schedule, which Bertha invariably solves with the help of her factory worker friends.