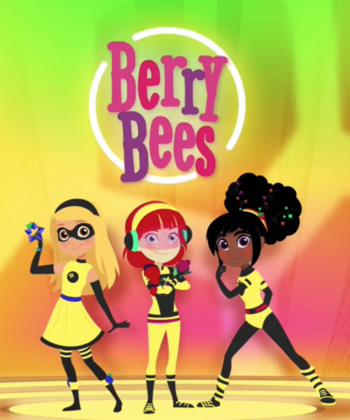 Berry Bees is an animated children's television series based on the book series of the same name by Cat Le Blanc. The series is produced by Atlantyca Entertainment, SLR Productions, Telegael, and Cosmos-Maya Production.

The show is about three tween girls who are a junior secret agent team employed by the Bee Intelligence Agency.

"Honeycomb what may
We always save the day!
We are the Berry Bees!"