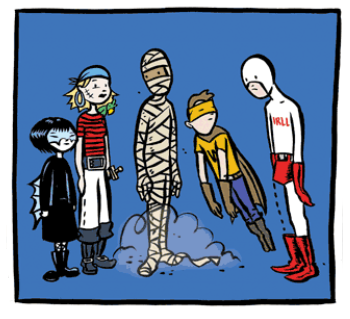 is a Slice of Life Webcomic about a team of teenage superheroes who are also slackers.