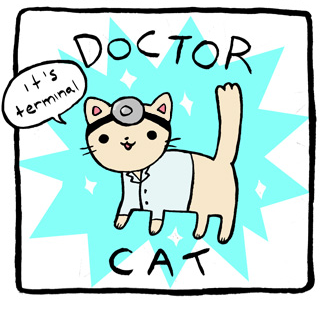 is a webcomic about a cat who is a doctor.

The comic is updated regularly and mainly runs on cuteness and its own quirky sense of humor.