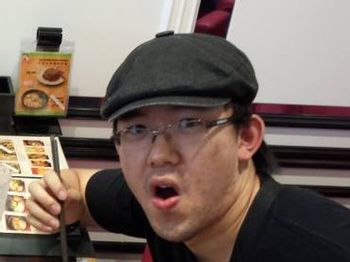 "Stay Tuned for More"
"I'm wizwar100, you're the viewers and I'm the reviewer."
Advertisement:

Al Snow Mok (also known as Wizwar100 or Wiz) is a video game reviewer on youtube and one of the founders of River Cityt Gamers. He was first known back in 2006 during the time Angry Video Game Nerd (Angry Nintendo Nerd back then) along with other reviewers like Armake21 and Playitbogart rose to video game reviewing back in Youtube's early years. He also inspired other people to do video game reviews such as the other reviewers on his site such as SCXCR, Blondeguygamer, and even SpoonyOne

Starting in 2013 after a long hiatus from reviewing from procrastinating, Wizwar100 returns with a new set of series of videos in addition to his main video game reviews (Which are just variations on his review):

List of video games (or material) he's reviewed (or did a video on):

open/close all folders
Is It Worth It?
Video Game Quickies
Sunday Showcase