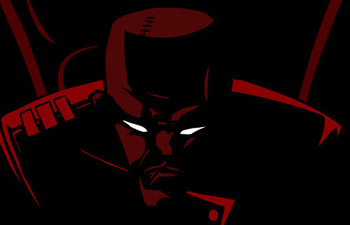 Well, the world isn't going to take over itself now, is it?
A series of Web Animations by Michael Swain (of Blockhead fame), Mastermind is about the eponymous Diabolical Mastermind and the day-to-day occurrences of his machinations to bring the world to its knees.
Advertisement:

In addition to the five episodes up to as of this writing, there is a spinoff RTS game, Mastermind World Conqueror, as well as a spoof of the code-breaking board game, here.