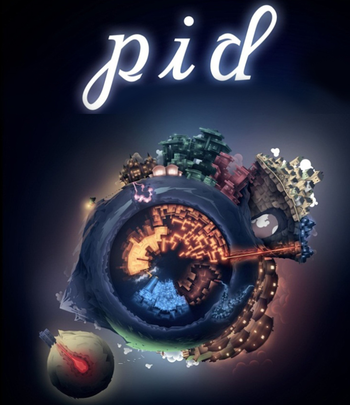 Pid, standing for Planet in Distress, is a Puzzle Platformer by the Swedish developer Might and Delight. It was released on October 31st, 2012 for Xbox 360 and PC, with a Playstation 3 version following on November 6th, 2012.
Advertisement:

Playing as a young boy named Kurt, you find yourself stranded on a peculiar planet, and must rely on both your own tools and the planet's friendly inhabitants to safely return home. You'll also have to deal with the hostile robot faction, which oppresses the friendly ones and wants to hunt Kurt down.