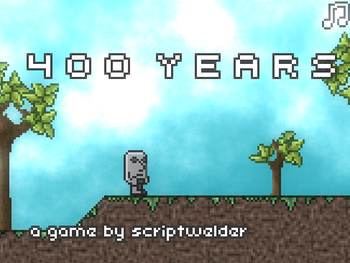 A calamity is coming and you embark on a journey to stop it. You only have 400 years.

400 Years is an Adobe Flash Puzzle Game, developed by scriptwelder and released

It puts you in the role of a being of stone who wishes to avert calamity within 400 years.