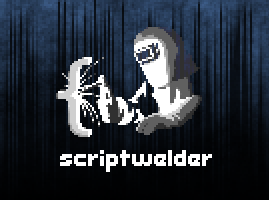 Originally, he was a poster on Newgrounds, producing games until 2015. He went live with a new game, Don't Escape: 4 Days to Survive which is a longer, more comprehensive installment of his Don't Escape series. This would be his first game to be officially published and priced on Steam.

Tropes that Apply to scriptwelder and his other games: