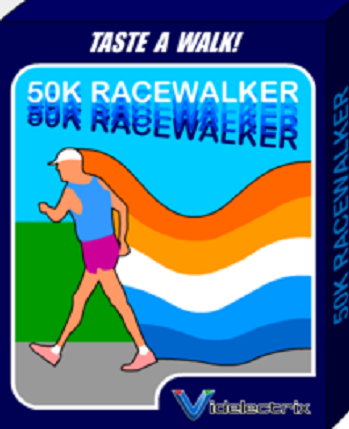 50K Racewalker is a Deconstruction Game from the creators of Homestar Runner, released in 2005. The game has the player partake in a race. To move, the player has push the left and right buttons. However, not only do you have to push the buttons in order from left, right, left and so on... you also have a maximum speed. More than two and a half steps per second and you get a FAULT and must wait several seconds. This combined with how slow the character moves makes the game extremely long.