Video Game / Disney's PK: Out of the Shadows 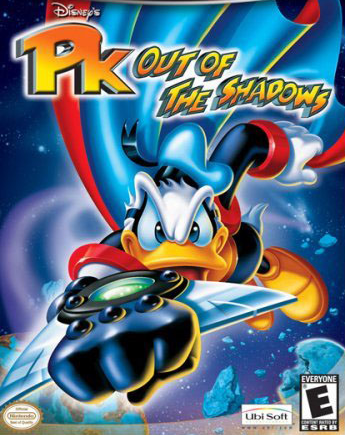 Disney's PK: Out of the Shadows is an Action-Adventure game by Ubisoft based on Donald Duck, more specifically his European superhero incarnation from the pages of Paperinik New Adventures. It was released for the PlayStation 2 and Nintendo Gamecube in 2002.
Advertisement:

The story involves Donald, who works as a lowly security guard in the Ducklair tower. After a dream involving Daisy and his nephews teasing him, Donald wishes he could become a superhero. An artificial intelligence, One, grants his wish—but Donald will have to learn the ropes on the job, as the alien Evronians are invading Earth!