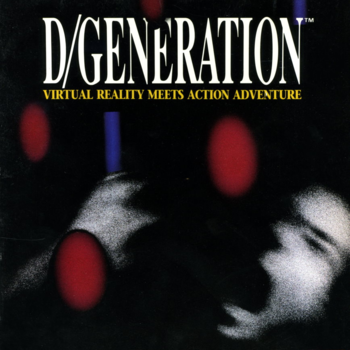 An Action Game for home computers published by Mindscape in 1991, D/Generation takes place in the year 2021 at a genetics research facility based in Singapore. You play a courier armed with a laser gun who is charged with delivering a package to a man named Derrida, CEO of Genoq. In the course of doing this you battle genetic experiments and save employees of the company (or ignore them, or kill them, or allow them to die), never straying from your mission to deliver the package.
Advertisement:

25 years after it first came out, this game was re-released: first on Playstation 4 in 2016, and then on Nintendo Switch in 2018, in two varieties: original and HD.