Video Game / But That Was Yesterday 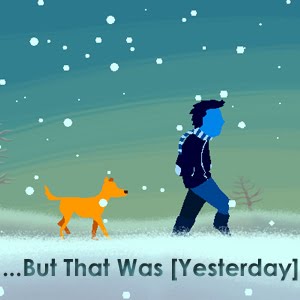 I almost gave up wishing she'd return...but that was yesterday.
— The girl ending.
Advertisement:

A pretty short, somewhat artsy game made by Michael Molinari (OneMrBean). It won 1st place in Casual Gameplay design Competition #9. It's described as "A personal journey about learning to move forward in life". That's pretty accurate.