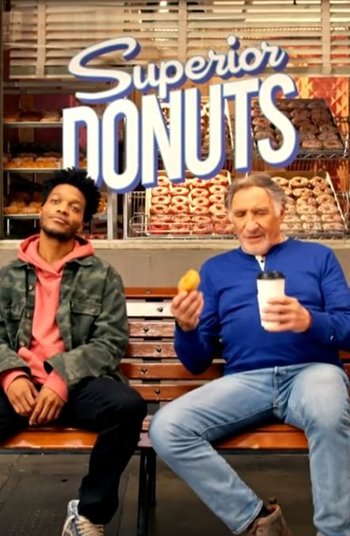 Superior Donuts is a sitcom that premiered in 2016 on CBS. It takes place at the titular donut shop, run by Arthur Przybyzewski (Judd Hirsch), an old-fashioned man who struggles to keep his shop in business. He hires Franco Wicks (Jermaine Fowler), an aspiring artist determined to help the shop. Other characters include police officer Randy DeLuca (Katy Segal), unemployed customer Carl "Tush" Tushinski (David Koechner), and landlord Fawz (Maz Jobrani) who wants to buy the shop.