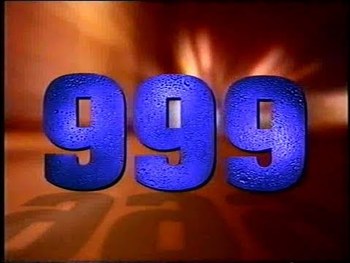 999 (also known as 999 Lifesavers and 999 International) is a British docudrama TV series that was shown on the BBC from 1992 to 2003. It was presented by the newsreader Michael Buerk and was the British equivalent to Rescue 911.

A similar, more child-friendly series called Against All Odds ran on CBBC from 2000 to 2004.

Not to be confused with Nine Hours, Nine Persons, Nine Doors, commonly abbreviated as 999.