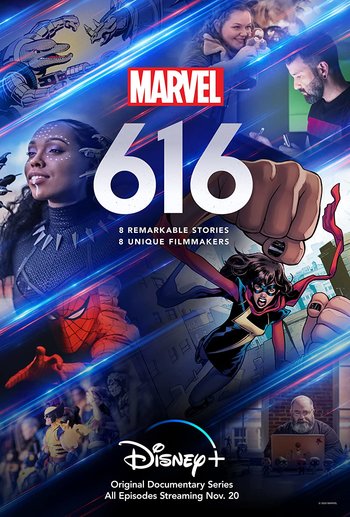 Marvel's 616 (also called Marvel 616) is a documentary series about the Marvel Universe. The first season of eight episodes, each one directed by a different filmmaker, aired on November 20, 2020 on Disney+. It consisted of:

Tropes about the show: