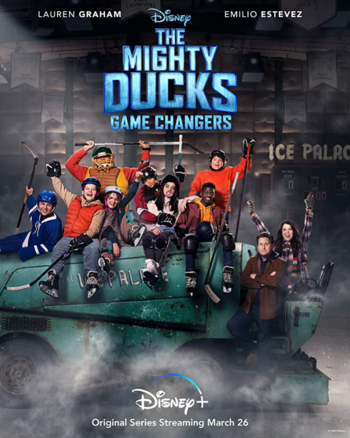 20 years have passed since the Mighty Ducks were first brought back from the brink, and in that time they have gone from plucky underdogs without a name to one of the most successful, and most cutthroat youth hockey programs in Southeast Minnesota, with their own arena, their own fan-press, and division system.

When Alex Morrow's son, Evan, is cut by the Ducks after his first practice back from summer vacation, she vows to start her own youth hockey team to directly compete with the Ducks right to his coach's face, and she gets to work (along with Evan and next door neighbor, Nick) building their team, and entering the league with nothing but a wing, a prayer, and a broken down arena, managed by a certain Gordon Bombay.

The first season premiered on March 26, 2021 and consisted of 10 episodes. The series was renewed for a second season in August 2021.