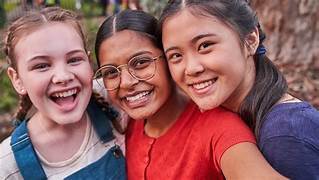 12-year-old trans girl Hannah is starting high school, though she's afraid of how other kids will react to her gender. At first, Hannah keeps it secret with the help of the school until she's ready. However, a student from primary school is there and knows, mocking Hannah for this. It becomes clear soon that her gender won't stay secret for long, and Hannah will have to deal with the fact while integrating into her new school.