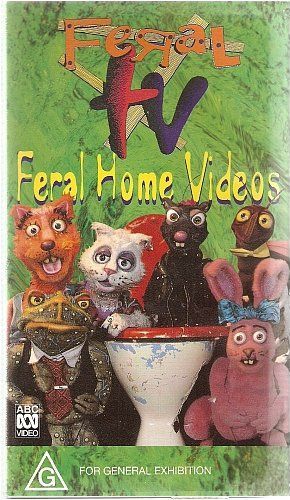 An Australian television series from the mid-1990s, a successor/spin-off to the 1994-95 series The Ferals. The series' basic premise was that the titular Ferals had been evicted from their former dwelling and, searching for a new home, found the media cables for a television station. They promptly made camp around the cables and set up their own pirate TV channel: "Feral TV". Though this initially drew the wrath of the station from which they were pirating, resulting in the dispatchment of cane toad manager Kerry and his Scottish Terrier security guard/muscle Jock, their popularity with the in-series fan audience prompted them to change their minds and "adopt" Feral TV as part of their official channels.

Each skit lasted for only five minutes and usually parodied some manner of movie or televised trope.