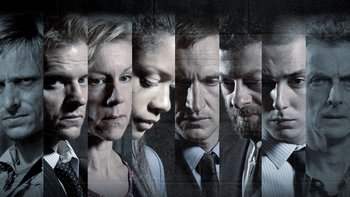 Accused was a British television series which ran from 2010 to 2012. Despite high critical acclaim, it was canceled after two series. The show followed a criminal trial in each episode, showing how the defendant got to be there. Noted actors Christopher Eccleston, Andy Serkis, Naomie Harris, Sean Bean, and Robert Sheehan, among others, were featured on its run.