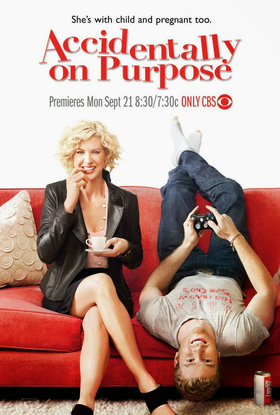 Accidentally on Purpose is a CBS Sitcom starring Jenna Elfman and Jon Foster. The show follows Billie Chase who falls pregnant after a one night stand with Zack, a much younger man who lives in his truck. Billie lets the father of her yet to be born move in with her, with hilarious results
Advertisement:

The show was cancelled after the first season. Lasted from September, 2009 to April, 2010, a total of 18 episodes.