Recap / The Amazing World of Gumball S1E31 "The Car" 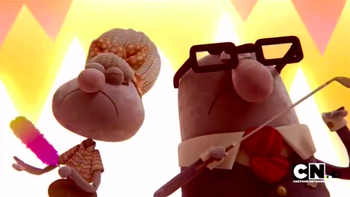 Gumball and Darwin do chores for the Robinsons to make up for throwing a (bowling) ball into their yard, but Mr. Robinson's new car ends up getting destroyed.