Ren and Stimpy are out camping in the woods.

The Cat who Laid the Golden Hairball

Ren finds out how valuable Stimpy's hairballs actually are.

The Great Outdoors provides examples of...

The Cat Who Laid the Golden Hairball provides examples of... 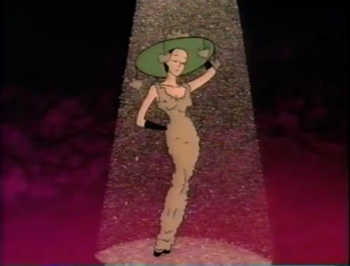