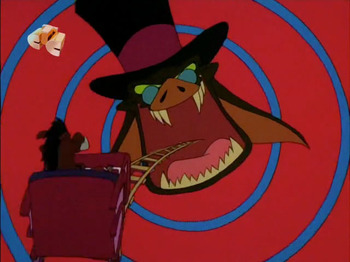 Being a spin-off of The Lion King (1994) as well as a series made by Disney, it's not that surprising this show has its dark and scary moments.

Bruce: Y'know somethin', fuzzy face? I think I'm beginnin' to like you.
Pumbaa: Gee, I've never been crushed by a big heavy anchor before. That hurts!