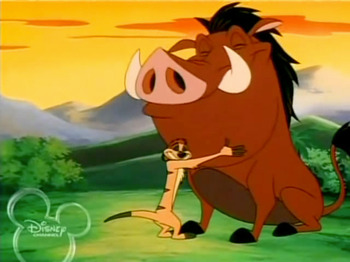 Timon: "Truth is you're the best friend I ever had."
Pumbaa: "That goes double for me."
Advertisement: