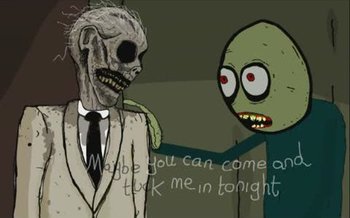 Just another day in the life of Salad Fingers.

Salad Fingers, is...eh, a unique webseries. While disturbing in and of itself, there are some moments that simply go into the pure Nightmare Fuel department.