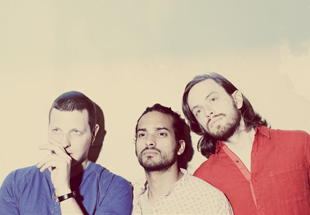 Yeasayer was an experimental rock band from Brooklyn, composed of keyboardist/singer Chris Keating, bassist Ira Wolf Tuton, and guitarist/keyboardist/singer Anand Wilder plus a few touring members. The band was named Most Blogged of 2010 by music blog aggregate The Hype Machine.

The band's albums so far are: