Music / This Is War 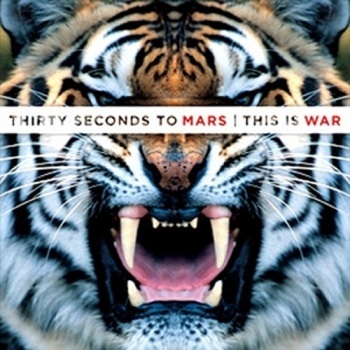 This is War is a Concept Album by American rock band 30 Seconds to Mars.

After a lawsuit for not living up to their record contract, 30 Seconds to Mars had to create a new album entirely unauthorized. It was them against the world, and marketing was difficult. This album proved to be the most difficult challenge the band ever faced. The story behind this album can be seen in the documentary film Artifact.

What came was a Progressive Rock opus filled with crowd anthem after crowd anthem and general positive reception all around. If it was indeed war, the band triumphed.

The eponymous Title Track was featured during the ending credits of Dragon Age: Origins, released even before the album itself.

Troper in a Strange Land