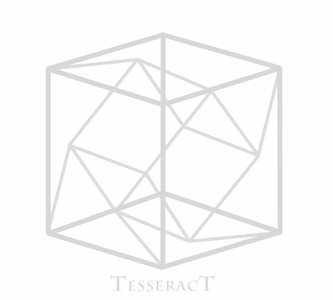 I'm a surrogate...I'm archetypal and itinerant...
Tesseract (sometimes styled as TesseracT) are a British progressive metal band from Milton Keynes, England, and are often credited as being one of the pioneering bands of the Djent genre and have over time grown to be one of more well known progressive metal acts to emerge in The New '10s. They are also known for having repeated singer changes through the years.
Advertisement:

Formed with a complete line-up in 2007 after several years of demoing by guitarist Acle Kahney, the band went one to release their fist album One in 2011. However, vocalist Daniel Tompkins left the band later that year in august and was replaced by Elliot Coleman, whom the band went one to record the Perspective EP with. Elliot Coleman departed from the group mid 2012 and in October the band revealed a new song, "Nocturne" with Ashe O'Hara as their new singer. Their sophomore follow-up Altered State was released in 2013 and met with universal acclaim from both fans and critics, with some major reviewers calling it one of the best progressive metal albums of all time.

After touring around the world for the next year, it was announced that Ashe O'Hara had amicably parted ways with the band and that Daniel from One had rejoined, along with news that the band had started work on their much anticipated third album. Polaris was released later in 2015, with the EP Errai being released around the same time the following year in 2016.