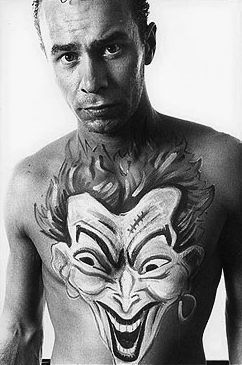 "Everybody knows what's going wrong with the world
But I don't even know what's going on in myself."
The The, "Slow Emotion Replay"
Advertisement:

The The are a search-engine-confounding English New Wave group, active on and off since 1979, that was popular among the college crowd mainly during The '80s. Singer/songwriter Matt Johnson is the only consistent member.

Tropes associated with The The: