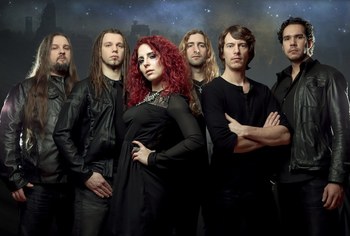 Stream of Passion are a Dutch Symphonic Metal band founded by Arjen Anthony Lucassen and Marcela Bovio, a Mexican violinist and singer known for her involvement in Ayreon's The Human Equation, in 2005. After one album with the project, Arjen (along with two others) left the band for it to find its own directions. Since then, SOP have produced three more albums with a stable lineup that lasted up until 2016, when they decided to part ways altogether.

In October 2022 they announced the band would get back together, perform two reunion shows and record a new EP.