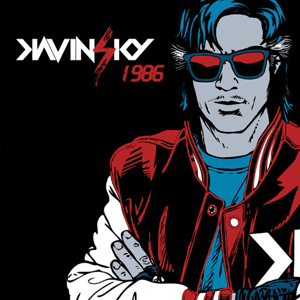 Belgory recorded his first single, "Testarossa Overdrive", after being inspired by a pair of fellow friends who worked in filmmaking. From there, Belgory was signed to the Record Makers music label and released three EP's from 2006 to 2010. He achieved major mainstream attention when "Nightcall", the lead single off his third LP, was used as the opening theme to the film Drive starring Ryan Gosling.

Belgory's next EP, ProtoVision, was released in December 2012, followed by his first studio album, Outrun, in February 2013. The latter is a Concept Album about the character of Kavinsky, who is a high school student who crashes his Cool Car before mysteriously coming back to life and going to find his high school sweetheart.

As a result of his mainstream success, Belgory has raised public interest in other Synthwave artists. His work is also meant as a Genre Throwback to the 1980s film soundtracks of John Carpenter and Tangerine Dream.

The band and their music provide examples of the following: