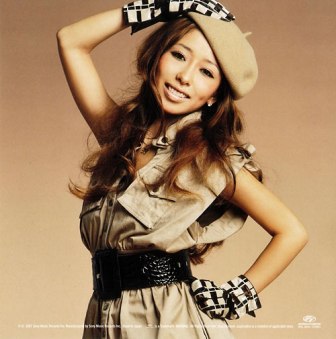 Miliyah Kato (born Miho Kato, June 22, 1988) is a Japanese singer/songwriter from Toyota, Japan. While she is not very well-known outside of Japan, her albums and singles do relatively well on Japanese pop charts and her popularity has grown over the last few years. She did not see much success until her third album, Tokyo Star. She is a fan of American R&B, which has influenced her overall style and image.

It should be noted that she writes almost all of her songs. The only exceptions mostly appear on Tokyo Star, ironically enough.

Her song 'Love is...' was used as the ending theme to Toward the Terra. She has also done multiple projects with Shota Shimizu and frequently collaborates with other urban artists like Zeebra and m-flo.

Tropes associated with this artist and her music: