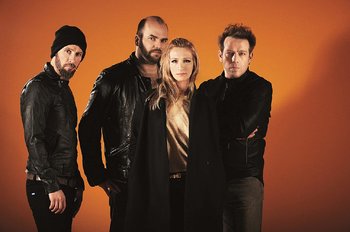 Lead vocalist Sandra Nasić joined the band later that year. The band is notable for their hit single "Open Your Eyes", which is considered by most fans as their signature song. After their successful debut album Proud Like a God in 1997, the band recorded another successful album, Don't Give Me Names in 2000, followed by their 2003 album Walking on a Thin Line.