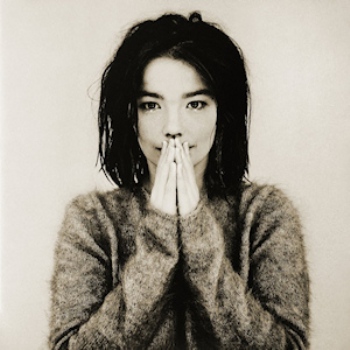 Be ready, be ready to get confused.
Advertisement:

Debut, is the second studio album by Björk, released in 1993. Despite the title, this is not her debut album; that album came out in 1977 when she was 12 years old. However, it is generally considered her debut as a solo performer following the breakup of The Sugarcubes.