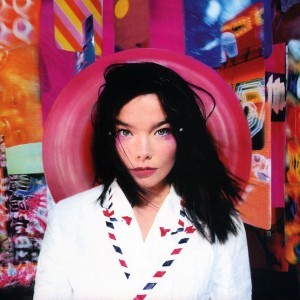 The album also features songs she wrote after moving to London that represented the quick pace and urban culture of the city, deviating from the domestic themes of Debut, which mainly had compositions written in Iceland. It also focuses on the contemporary styles of British underground club culture, with which Björk had established close ties.

Unlike her previous release Debut, which was almost entirely produced by one person, Post has more collaborative efforts. Several people helped with the production, including Massive Attack's Tricky, and Björk co-produced every song on the album.

The exponential increase in fame and success the album brought Björk also came with downsides such as unwanted media attention, mainly brought on by her infamously attacking a reporter in a Bangkok airport during the album's tournote In Bjork's defense, she had specified that she would only speak to reporters at a designated press conference and that she did not want the press bothering her anywhere else, especially because she had her son with her. The reporter in question, who had been following her for four days straight, not only ignored this request and showed up at the airport anyway but was also trying to interview Bjork's son, so the altercation was not completely wanton. alongside Björk having a stalker who ultimately committed suicide. This directly influenced Björk's following album, Homogenic, as it was recorded in Spain to maintain privacy.