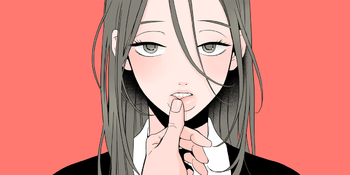 The Rabbit Hole (래빗홀) is a Manhwa written by Ha Yangji and illustrated by Yeongmo. It is published online in Korean, English, and Japanese by Lezhin Comics

Whatever her employer asks, Hee-Yeon, the maid, does it perfectly without any mistake. A beautiful yet twisted maid enters a complicated household. How far down the rabbit hole will Hee-Yeon go?

The comic was updated every ten days until the conclusion of the main story on January 7, 2017. Nine parts of a side story have also been added.