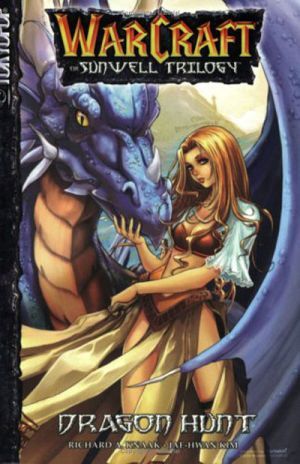 A manga series written by Richard A. Knaak in 2005, 2006 and 2007 set in Blizzard Entertainment's Warcraft. It chronicles the journeys of Anveena Teague and Kalecgos, both of whom play a role in the battle at Sunwell Plateau in World of Warcraft.
Advertisement:

It is part of the Warcraft Expanded Universe.

This manga series provides examples of: