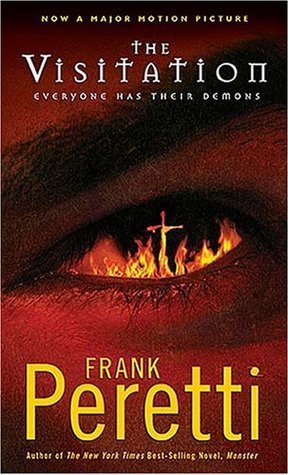 Sightings of angels. A weeping crucifix. Images of a messiah in the sky.

A novel by Christian suspense author Frank Peretti set in The '90s.

Nothing ever happens in the sleepy town of Antioch, Washington. That is, until people start seeing angels, a weeping crucifix heals a janitor's arthritis, and Brandon Nichols comes to town.

An unassuming preacher, Nichols rapidly attracts a large following with his message of universal love and social altruism, and his ability to heal; and also raises questions as to his identity. Is he Jesus returned to Earth? An imposter with demonic ulterior motives? A simple do-gooder with divine powers?

Either way, burnt-out former pastor Travis Jordan wants nothing to do with it. But between Kyle Sherman — the on-fire newcomer who's replaced him as pastor of Antioch's Pentacostal church — regularly pulling him into it, and Nichols' own curious interest in him, he gets dragged into the ensuing chaos.

Tropes seen in this book include: