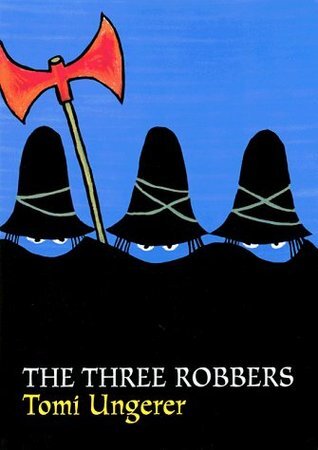 The Three Robbers (Les trois brigands in French / Die drei Räuber in German) is a children's picture book written and illustrated by Tomi Ungerer. It was initially published in English language in 1961 when Ungerer worked in the USA. French and German versions (the first languages of Ungerer) soon followed.

It tells the story of three black-clad highwaymen who terrorize and rob coach travellers. Their life of crime changes the day they find a lone orphan little girl named Tiffany and decide to shelter her.

The story was adapted into an American animated short

by Gene Deitch in 1972, then into a German feature animated film in 2007, directed by Hayo Freitag.