Literature / There's Something About Sam 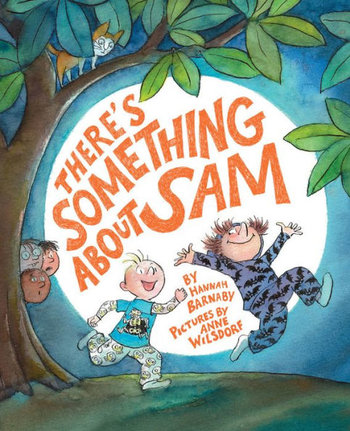 Max is in for a surprise.
There’s Something About Sam is a children’s book written by Hannah Barnaby and illustrated by Anne Wilsdorf.
Advertisement:

Max is hesitant to invite Michael and new kid Sam to his birthday sleepover. Michael because he picks his nose, Sam because, well, there’s something off about him. With advice from his mother, he invites them both. Sam is admired by the other three boys invited to the sleepover, for his Super Speed and his ability to tell what’s cooking prior to lunch. The new kid himself is initially unsure if he’s able to come to the party, as “there’s a full moon that night”.

Some of you might know where this is going.