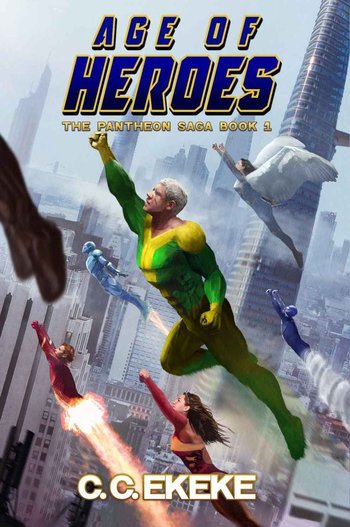 Up, up, and away.
Advertisement:

The Pantheon Saga is a Superhero Literature series by C.C. Ekeke.

The superhero Titan is the most powerful superhero in the world and dies at the hand of his archnemesis, Lord Borealis, triggering a power vacuum that demands to be filled. A variety of heroes react to his death with a mixture of confusion, anger, and ambition as they struggle to see if they have what it takes to fill his shoes.

This series contains the following books: