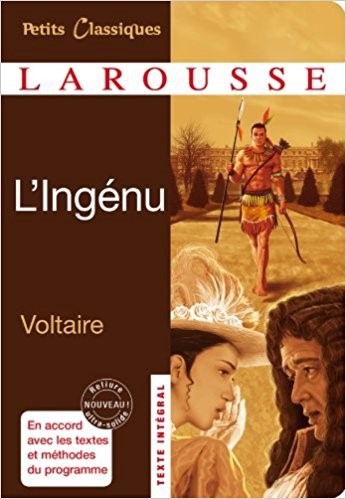 L'ingenu, or The Ingenue, is a book written by Voltaire which tells the story of a Frenchman named "Child of Nature" who had been raised by Hurons and who has returned to his fatherland, in the French province of Brittany, among the abbot de Kerkabon and his sister, both relatives of his deceased parents.

After arriving he is converted to Catholicism under the name of Hercule de Kerkabon, saves the province from British invaders and goes to Versailles to receive his rewards as a war hero.

Once there, he gets a glimpse of the corruption of the realm and befalls victim of it.