Literature / The History of Tom Jones, A Foundling 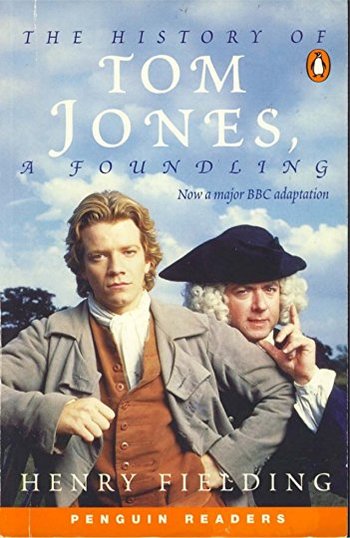 The History of Tom Jones, A Foundling, also known as simply Tom Jones, is a classic picaresque novel by Henry Fielding, published in 1749, telling the adventures of the title protagonist, a deeply honorable Handsome Lech. It is full of social parody both subtle and ham-handed. It has been adapted as a film (1963), a TV series (1997), and in opera form.

The 1963 film, titled simply Tom Jones, starred Albert Finney as Tom. It won four Oscars, including Best Picture, Best Director for Tony Richardson, and Best Adapted Screenplay for John Osborne. Three of the actresses in the film got Best Supporting Actress nominations, but none of them won. The movie was also named the 51st best British film of all time by the British Film Institute.

The History of Tom Jones, A Foundling contains examples of: