Literature / The Confusions of Young Törless 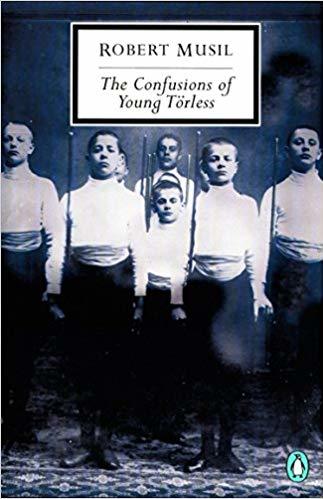 The Confusions of Young Törless (in the original German, Die Verwirrungen des Zöglings Törleß) is a novel published in 1906, by Robert Musil.

It begins as ostensibly a Coming-of-Age Story set in a military academy for young Austrian aristocrats, but blossoms into a dark and at the time quite shocking exploration of morality . Törless is a homesick, intellectual young student attending boarding school in 19th-century Austria. While he ponders mathematics and the nature of existence, two of his classmates, Beineberg and Reiting, set about the blackmail of another student, Basini, caught stealing money from them. And, of course, thieves must be punished, so Beineberg and Reiting set about doing so themselves. Their sadistic punishments grow in intensity, and soon the sadistic sexual undertones blossom into full-out text, events to which Torless is a creepily passive observer.

The novel was made into a film in 1966, directed by Volker Schlondorff.