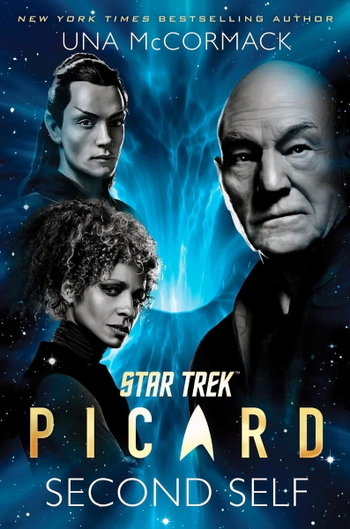 Star Trek: Picard: Second Self is the fourth Picard novel and marks Una McCormack's return to this branch of the tie-in literature following 2020's The Last Best Hope. It is set in-between Seasons One and Two and, like The Last Best Hope, serves as a prelude to the then-new Season.

In the aftermath of the events at Coppelius, Raffi Musiker finds herself not only vindicated by having helped uncover and expose the truth behind the Mars Incident, but also at a personal and professional crossroads. She has an opportunity to return to Starfleet Intelligence, or to join Picard in a quiet career ensconced in the halls of academia at Starfleet Academy.

However, the decision is ultimately made for her when an old Dominion War-era Tal Shiar contact reaches out asking for immediate aid. With the help of Cristóbal Rios and Elnor, and assistance from Picard, Raffi decides to take on this critical mission – and is forced to confront not only her own ghosts from the War, but old ghosts from the Bajoran Occupation which are about to break into the light of day...