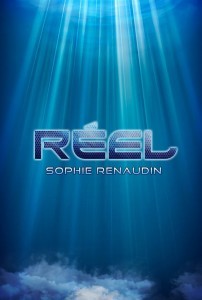 "'Keep yourself busy?" Don't you find that a little...sad? You sound like a prisoner."
— Likaï

, author of the Science Fantasy series Les Enfants de Prométhée. It takes place 20 Minutes into the Future, in a society inspired by the Venus Project

, where, thanks to the progress of technology and an efficient way of sharing resources, work is no longer mandatory. Everyone has an access to education, communication and entertainment thanks to The Metaverse, REAL, where every person on Earth has an individual account since birth. However, only a select few choose to do the jobs that machines can't handle. (Such as art and psychiatry.)

In spite of his mother's insistence that he gets a job, Neru would much rather spend all his time on REAL playing video games, which he excels at. In The Metaverse, he meets the mysterious Likaï, whom he admires from afar and develops feelings for.

Everything changes when Neru's latest victory wins him a place in an exceptional online tournament: other people envy his chance to participate, and Neru's naivety might cost him everything.