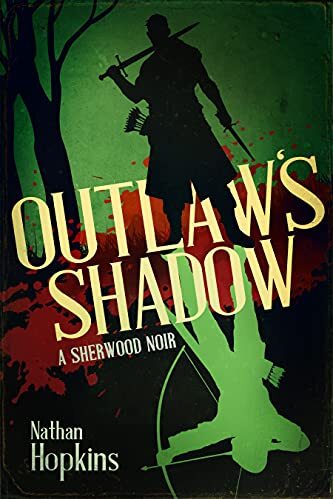 Prince John was trying to steal a kingdom. And Guy wanted his cut.
Subtitled “A Sherwood Noir”, Outlaw’s Shadow is an ebook Historical Fiction re-imagining of the Robin Hood legend by Nathan Hopkins that mashes up Perspective Flip, Film Noir, Mythology Gag, and forgotten history to create a crime thriller told from the perspective of Robin Hood’s Evil Counterpart, Guy Of Gisbourne.
Advertisement: