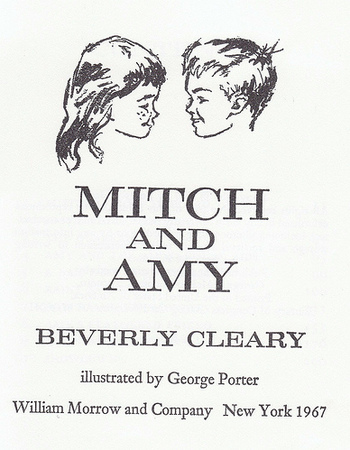 Mitch and Amy is a children's novel by Beverly Cleary. The titular twins are polar opposites; Mitch hates reading but loves math, while Amy hates math and loves to read and act out stories. As they start a new school year, with bullies and schoolwork awaiting, they try to figure out how to survive each other while each handling their obstacles.

Tropes found in this book include: